StratEx is short for Stratospheric Explorer. The StratEx program goal was to develop a self-contained spacesuit and recovery system that would allow manned exploration of the stratosphere above 100,000 feet. Such a system has wide-ranging applications for the study of the science of the stratosphere; development of means for spaceship crew egress; the study of dynamics of bodies at Mach 1, new high altitude aircraft suits; and setting of records for space diving, sailplaning and ballooning. StratEx flew using a scientific balloon, and is capable of being used with different kinds of vehicles other than balloons, such as stratospheric aircraft.

Paragon was the prime systems integrator for the StratEx mission.  We designed and manufactured the system and led operations (launch, tracking, landing, recovery, and support) while managing > 20 subcontractors. At dawn on October 24, 2014, Alan Eustace successfully made the historic jump in Roswell, New Mexico. On April 14, 2015 the Fédération Aéronautique Internationale (FAI) – The World Air Sports Federation – released the official parachuting world record breaking numbers which confirmed that the StratEx jump set a new Exit Altitude world record of 41,422 m (135,898 feet) which beat the previous record of 38,969 m (127,851 feet) set by Felix Baumgartner of Austria. Two other world records set during the jump were: Distance Fall With Drogue Device and Vertical Speed With A Drogue Device (820mph).

Alan Eustace in spacesuit during record breaking near space jump 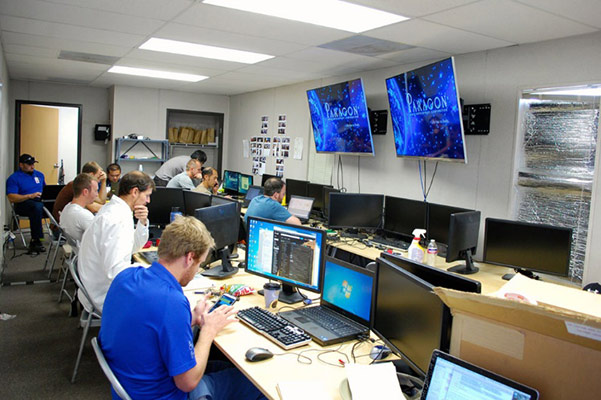 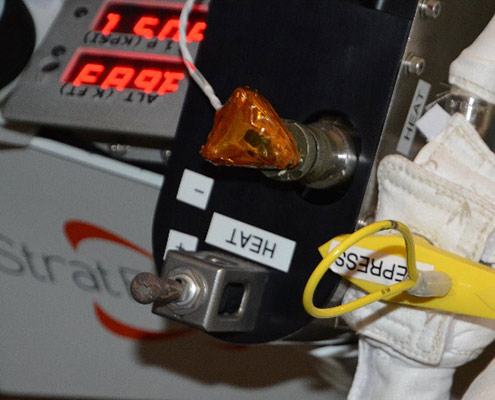