Paragon to strengthen its position as a leading supplier of life support services for the commercial space market.

TUCSON, Ariz., Jan. 6, 2022 /PRNewswire/ — Paragon Space Development Corporation (Paragon) is excited to announce today it has entered into a definitive agreement to acquire Final Frontier Design (FFD), a leading supplier of spacesuits and ancillary components for NASA and other commercial customers. FFD currently has several NASA contracts for spacesuit components and has a Space Act Agreement with NASA for its IVA suit.

This capability – combined with Paragon’s history of Portable Life Support Systems (PLSS), uniquely positions Paragon as the only single company in the United States to offer a complete EVA system. Paragon’s unprecedented PLSS experience in design, integration, and operation on such programs as the StratEx Mission (which set three world-records) and the NASA Constellation Spacesuit System (CSSS) with Oceaneering – places the new Paragon team as a strong contributor on NASA’s new xEVAS (Exploration Extravehicular Activity Services) program. The xEVAS program will select one or more companies to provide their new spacesuit for the Artemis program in early 2022.” 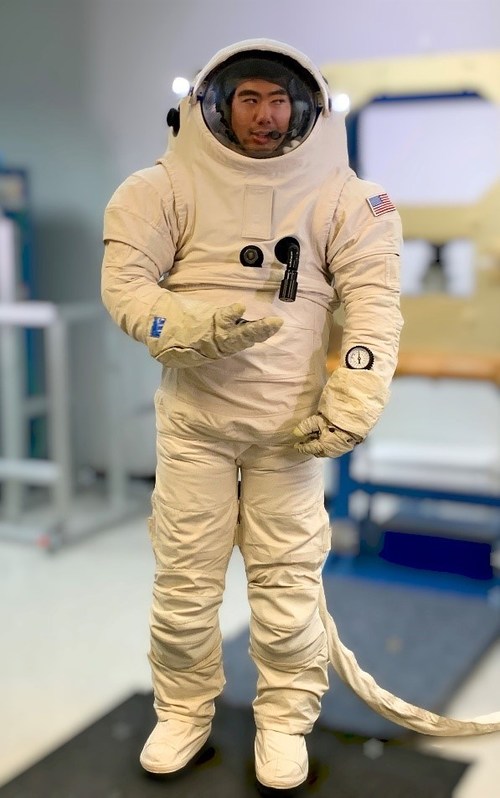 “We are extraordinarily excited to move forward on our suit offerings – and now, with FFD as a core part of our team – we are more than confident that we’ve got the strongest and most innovative solution to go head-to-head with other competitors in this space. With the addition of FFD’s capabilities within Paragon, we know that our engineering talent, novel design approach, and decade’s worth of direct experience and deep knowledge of the NASA customer will combine to produce the best spacesuit solutions for NASA’s vital mission and the emerging commercial customers.” said Grant Anderson, President and CEO for Paragon.

Ted Southern, President of FFD, added, “We are excited to take FFD’s capabilities to a new level and to the expanded market with the combination of our strengths and Paragon’s overall life support in extreme environment mission. The FFD team stands ready to be fully integrated and to take advantage of the greater resources and capabilities the combination of our two companies bring to the market.”

Whether human spaceflight operations consist of simply orbiting the Earth, or whether they are directed toward Mars, spacesuits are a mission-critical platform. Astronauts currently rely on Extravehicular Mobility Units (EMU) – a system that is composed of both the actual spacesuit and the additional technologies that connect the astronaut in an EMU to the ISS or other platforms – which were initially developed almost a half-century ago. But with new operational requirements for NASA and demands that are emerging in the commercial world, particularly for long-endurance missions into space and next Newspace tourism, the new next-generation of spacesuits will be one of the most vital parts of the entire human effort to expand and enhance NASA’s human spaceflight program and human spaceflight in general.

FFD’s newest EVA pressure garment system (PGS 2.0) has an overall enclosure weight of 55 pounds on Earth, which is approximately half of the mass of NASA’s xEMU PGS. “FFD’s mass-saving garment system – we could almost call it a ‘lightweight system’ – is a technological game-changer. And if you can cut mass with increased mobility, you’ve got more flexibility in other key areas thus making the entire of spacecraft systems perform better.” added Grant Anderson, Paragon President & CEO.

Ted Southern, President of FFD, added, “It goes without saying that absent a spacesuit, you don’t have human spaceflight – it is really that important. For us, this is about advancing this technology on a much more strategic level, with a long-term vision and trajectory. We are looking to not only exceed the mark for the xEVAS specific need – but help our NASA partners think ahead and anticipate future challenges in this area and design a truly paradigm-shifting suit. We know that our level of expertise and technological creativity will help develop a highly workable, user-intuitive, safe, and flexible spacesuit – the ultimate life-support system for the ultimate hostile environment – that we think will be very attractive to NASA.”

For over 28 years, Paragon has been on the forefront of systems designed for extreme environments in sea, land, air, and space. Paragon has a successful history of providing design, analysis and/or hardware on every human space program of record since 1999. Since then, Paragon has grown in personnel, design, analysis, manufacturing, and operational capabilities to support the most current and forward-leaning civil and commercial space programs.